ds himself among four tasty tits which he enjoys squeezing, sucking, and playing with. Tiffany Kingston is a blonde babe with blue eyes and a craving for his young cock. Her lesbian playmate Ava Koxxx kneels in front of his pants and takes his massive meat down her deep throat. He returns the favor with some titty sucking and enjoys his glans being licked and sucked by that blonde bombshell. An intense titty fuck later, he boffs that long-haired brunette doggy style while her blonde sweetheart massages her massive tits. Markus Dupree slides his enormous dong down that blonde's fuckhole and later takes turns on both chicks, filling their shaved clams with some love! The two voluptuous babes ride him like cowgirls and orgasm during some kinky face sitting sessions before he finally blows his cum all over their enormous cans!

This video has resolution 1920x1080 but reduced bitrate 2504 kbit/s and duration 02:00, uploaded March 27th, 2018.
Full quality original 1920x1080 movie lasting 45:46 with bitrate 7993 kbit/s you'll find inside Hands on Hardcore members area.
Visit DDF Netwok for bunch of wonderful sites for lowest price, Hands on Hardcore is one of them.
There are other movies from site Hands on Hardcore on Oldax Tube. 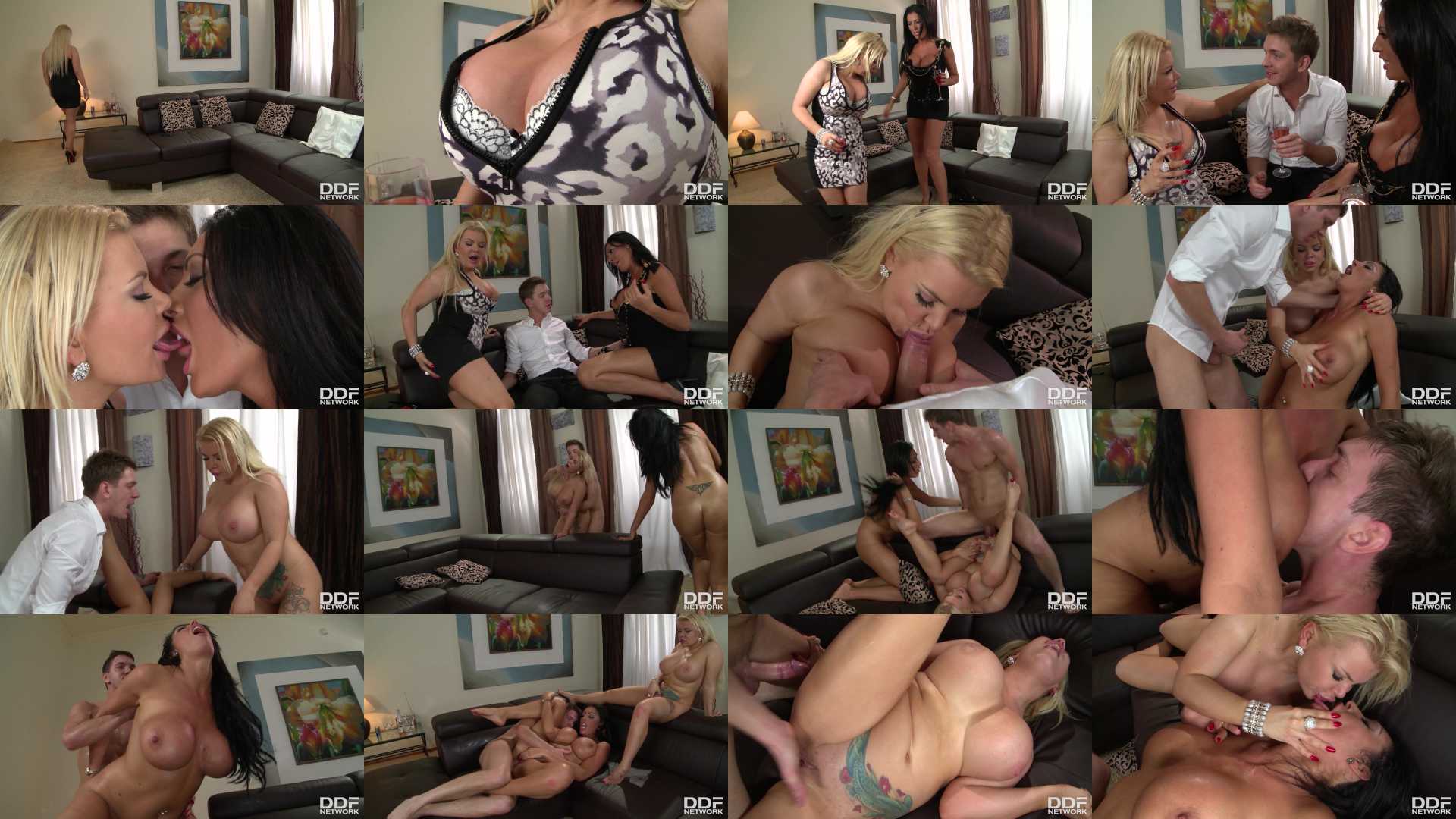