DDF Busty presents: We start off the week with the ever-sensational Sensual Jane, this time outfitted in a colorful frock and posing in a kitchen. She no sooner slides a banana down the lowcut bodice than we know we're in for some super-satisfying action in the trademark jiggling Jane style! Unveiling her jugs in her orange bra and pan... show more

ties, those 36DD knockers snug in the boulder-holder, Jane soon unleashes her udders so that our DDF cameras can capture them from many angles--shooting upward so that they look like they're looming over our heads, and shooting straight on so that we can enjoy the swinging and swaying as she moves around the counter. But remember that banana? After some nipple-sucking and knob-squeezing, that fruit is called into action once more as Jane gets bare except for her heels. Then the Romanian breast queen turns herself into a banana split with whipped cream on her rack and the banana crushed between her cleavage until she reduces it to delectable smithereens!! You'll feel just like that banana after you surrender to the luscious bosom power of this busty pornstar with her big natural boobs captured in all the crisp glory of a new Full HD video!

This video has resolution 1920x1080 but reduced bitrate 2498 kbit/s and duration 02:00, uploaded July 7th, 2014.
Full quality original 1920x1080 movie lasting 28:35 with bitrate 8000 kbit/s you'll find inside DDF Busty members area.
Visit DDF Netwok for bunch of wonderful sites for lowest price, DDF Busty is one of them.
There are other movies from site DDF Busty on Oldax Tube. 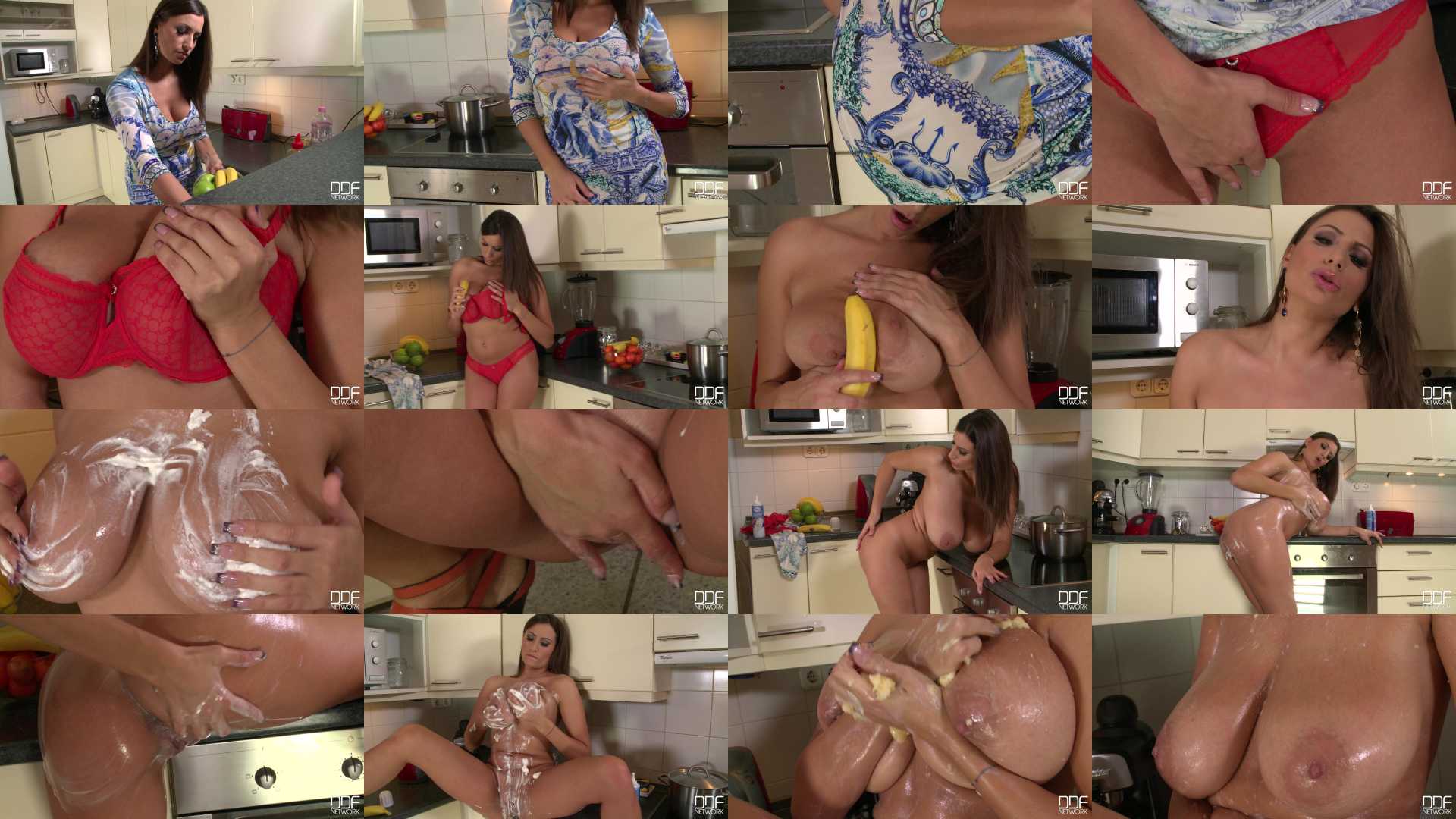