ns of knockers quickly slide down their bras so that they can suck on their knobs. Their nipples harden quickly as they rub their bosoms together in this Full HD video of big breast sex supreme, as Ava rubs her gland between Sandra’s thighs as well as laps at her Teutonic pal’s pussy. The girls press their quims together on the bed, rubbing them even as their jugs sway across their torsos. Sandra straddles Ava, pressing her rack together, but then it’s time for some double dong fun as Fraulein Sandra fills Miss Koxxx’s cunny with one end of the long pink toy and rubs it between her 32H bosom for some titty fuck fun. But Ava wants some of that cleavage plowing action between her 34I (as in “eye”) melons, and she gets it as these busty pornstars give us a feast of fun in their nude pics.

This video has resolution 1920x1080 but reduced bitrate 2009 kbit/s and duration 02:00, uploaded January 22nd, 2014.
Full quality original 1920x1080 movie lasting 23:09 with bitrate 8001 kbit/s you'll find inside DDF Busty members area.
Visit DDF Netwok for bunch of wonderful sites for lowest price, DDF Busty is one of them.
There are other movies from site DDF Busty on Oldax Tube. 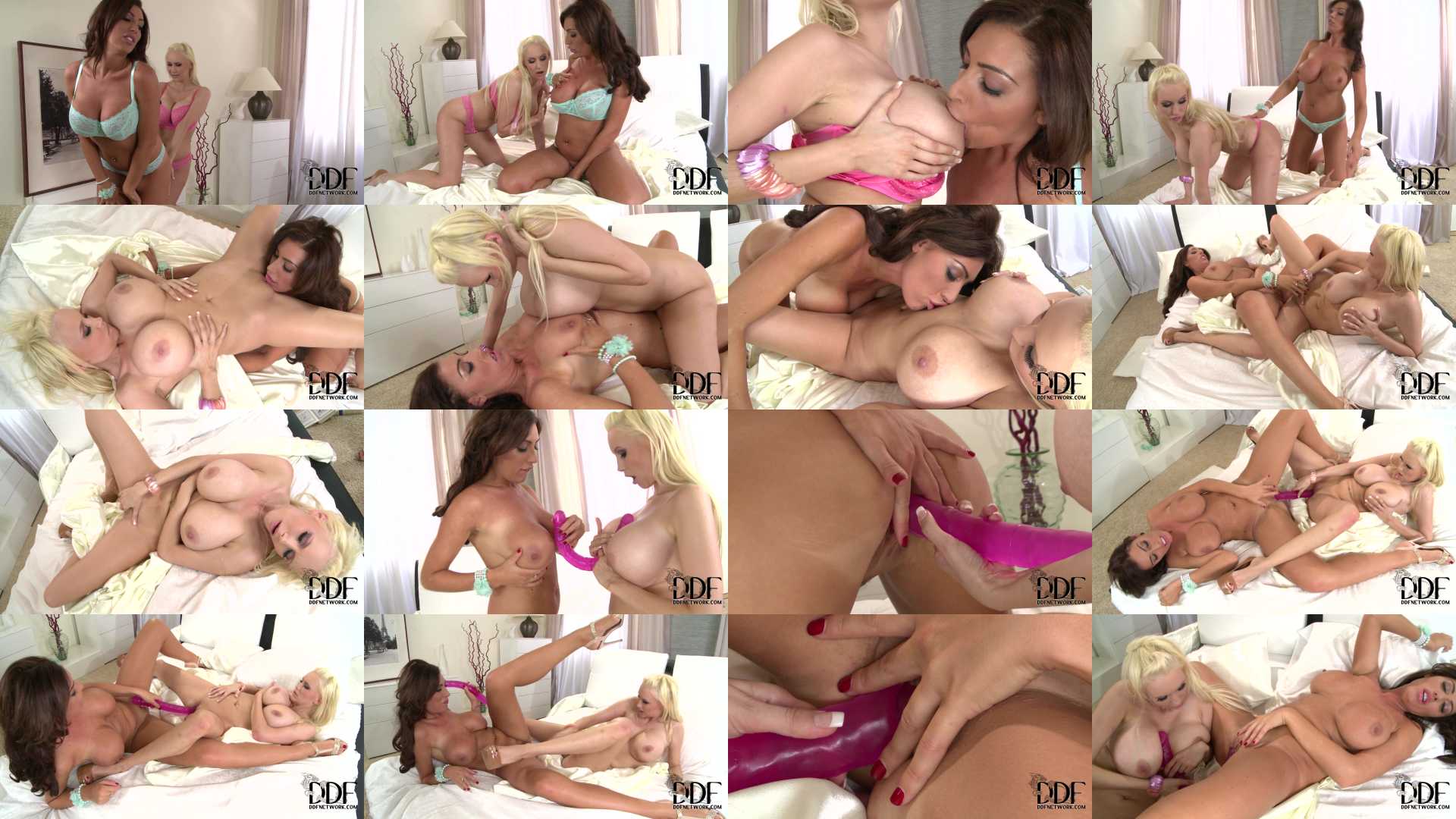